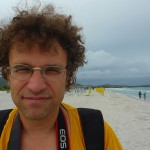 Fabio Dondero, director, producer, also responsible for the film’s photography and editing. Fabio has been a member of the German Kwan Um School of Zen Sangha (community) for over 10 years. Between 2010 and 2014 he worked on a documentary movie about 9 representatives of nine different religious communities all located in Berlin (www.9meister.de). One of the protagonists he originally interviewed for this project was Zen Master Wu Bong, at that time based at the Kwan Um School of Zen center in Berlin. 9 Meister is Fabio’s second documentary after Lychenerstrasse 64, a movie about a house and its inhabitants in Prenzlauer Berg, Eastern Berlin, following the gentrification process in the area. Fabio was born in 1968 and raised up in Milan, Italy. He’s been living in Germany for almost thirty years. 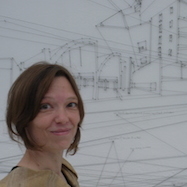 Chiara Somajni, dramaturgy, producer. Born in Milan in 1967, Chiara has been working for over 20 years as a journalist for the Italian newspaper Il Sole 24 Ore, mainly for its cultural weekly supplement Domenica. Today she’s based in Berlin, from where she’s freelancing. Parallel to her main job, she has taught Arts and Digital Technology at Bocconi University (Milan), edited a couple of books by Matteo Motterlini on neuroeconomics, and volunteering for the ngo ActionAid for many years, eventually being elected to its International Board, for which now she serves as the vice-chair. 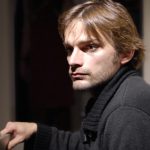 Christoph Kube, cinematographer. He’s been working as a cinematographer for more than ten years. His field of work reach from video art over theater projections to documentaries and commercials as well as television broadcast. He lives and works mainly in Berlin, but gained also experience by working in other European and non European countries like the United States, Algeria, Pakistan, France, Norway amongst others. 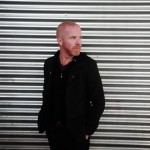 Hayden Chisholm,  saxophonist and composer. Born in New Zealand in 1975, after studying in Cologne he continued his music studies in Japan and India. In 1995 he developed a new microtonal system termed „split scales“ for saxophone (Circe, solo cd). Since then his compositions have been recorded by BBC and WDR radios and Hayden has toured and recorded extensively with the likes of Root70, WDR Big Band, Musikfabrik Ensemble, and David Sylvian. He has created music for several Rebecca Horn installations as well as composing scores for her films. He has taught at Universities throughout the world and give yearly master classes in Greece. Hayden also curate the annual Plushmusic festival in Cologne and Bremen. In 2013 he released the 13 Box Set 13 Views of the Heart’s Cargo and received the German SWR Jazz Prize.

Don’t Know (May 2016 release) is ready for distribution.

Don’t Know was produced with a budget of 10,000 Euros. It has been financially supported through crowdfunding, with involvement of over 50 contributors.