After an incredibly inspiring concert with the Portuguese artist Lula Pena last week, Hayden is turning to Jazz standards with Root 70.  You can join the concerts at A trane in Berlin on Friday, 5th (18:00) and Saturday (21:00) 6th December, and if you sustain our campaign, you could get free entrance. So, just to give you an idea, a little video of this stunning group:

As of today over 30 people from 11 countries have contributed: we’ve reached 5,690 Euro, which is about half of what we need for the simpler version of the movie, and 20% of the “Polish version” (which includes further interviews and shooting in Berlin and Poland). This is amazing, and we’re very grateful to all who helped us come so far. 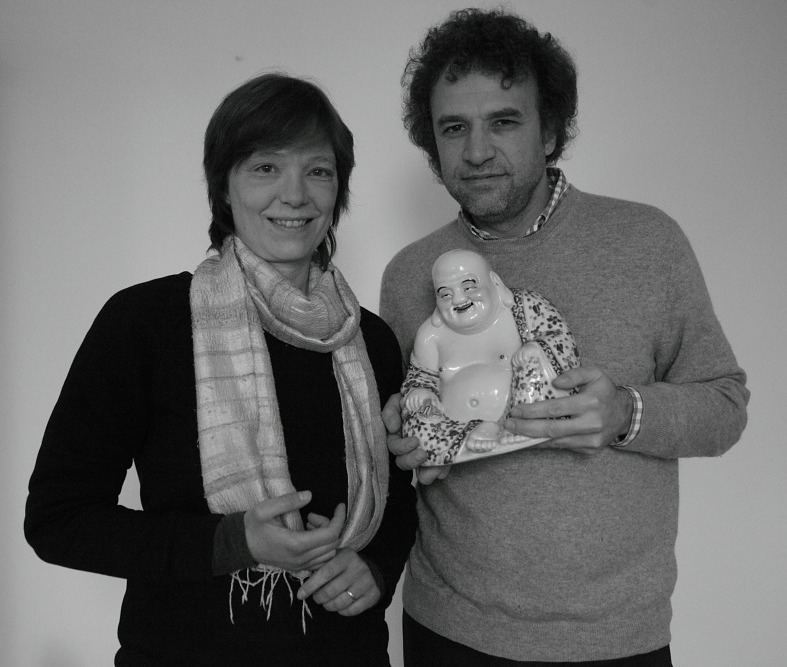 We have not arrived as high as we wished when we started the crowdfunding campaign, but we still have two weeks to go, and will do our best to find some more supporters.

This website will continue to trace the project’s progress – and will do so well beyond the fundraising phase: we’ll be posting news and updates related to our work, in order to keep the whole process as transparent as possible. This will allow for anybody interested to follow us during the production of the movie and to support us through suggestions, critics and comments.

* What about the movie?

We have decided to proceed with the movie, no matter how much we raise: this is also for those who have already contributed and trusted us so far – the money won’t get lost!

As of now, we apparently will be able to produce the simpler version only: but nonetheless we’ll do our best to make a movie worth of Zen Master Wu Bong’s remembrance – a movie that can be content-wise and aesthetically appreciated both inside and outside the Sangha. For instance we will consider introducing a narrator (voice-over), emphasise the music’s role (which will be composed for the movie anyway), etc.
We have not given up our ambition to produce a more complex and articulated movie, which is embedded in the international context and where both Zen Master Wu Bong’s biography and information related to the Kwan Um School of Zen could be unfolded thoroughly. We will take time until mid February to find some sponsorships and TV co-producers who could help us finance travel expenses and extra shooting. Should we have raised no more than 11,000 Euro at that point, we will move on from fundraising to production. The simple version of the movie will require about 3 months full time work for two people plus the musician’s work. This include: research, screenplay, composition and recording of the soundtrack, rough and final cut, possibly voiceover recording, test projections and following corrections etc. To cut a movie for television requires quite a bit of effort and time; there are also expenses which unfortunately cannot be downsized, like colour and sound corrections. All in all we should be able to finalize the simple version of the movie by the end of May. Should we raise less than 11,000 Euro, more time will be required, in order for us to be able to do some extra job parallel to the movie production for our livelihood.

* What happens with the crowdfunding campaign after December the 14th?

Some people wrote to us explaining they are willing to make a contribution but won’t be able to do so by Indiegogo’s deadline, which is December the 14th. We’re very grateful to them, and we’re looking to find a technical solution that would allow us to accept contributions after that point in time in a transparent way. For the purpose we will be using our website and paypal and bank accounts (which we have especially opened for the film project). And of course later contributors will be recognized the same perks.

We invite you all to spread the word and help us reach out for all those who might be interested in supporting the production of the movie!

Again evoking historical developments, following so Buddha’s heir and lineages, we move from China to Korea, Seung Sahn Soen Sa Nim’s homeland. The Dharma Wheel goes on and finds further adepts, further realities in constant expansion. In a society marked by earlier Shamanic beliefs, a sprouting number of Chan influenced teachers appear on the scene. Here begins the 2000 years old history of Korean Buddhism, an ongoing process of building and renewing, often of destruction, told through its highlights and its depressions, through the life of its eminent Masters and Patriarchs, its society, arriving to our days with Korean schools spreading all over the world.  So what is the history of Korean Seon, its philosophy, structure and form? In which context did Jacob Perl find himself in 1972, as he met Seung Sahn Soen Sa Nim in Providence, USA, becoming his first American student?

Following are some brief introductions, which come together with a couple of links to videos related to Korean Buddhism. Moreover, a super classical: Why has Bodhi Dharma left for the East?, a gem of South Korean Cinema from 1989 by Bae Yong-kyun fished from Youtube; and other links to deepen our own research, starting from portals containing Buddhist Korean Writings from many centuries – listed at the end. The images feature mostly Seon Masters from different eras, at the very end some politicians of the last century from what eventually became the two Koreas. Just to give an impression.

Korean Buddhism is distinguished from other forms of Buddhism by its attempt to resolve what it sees as inconsistencies in Mahayana Buddhism. Early Korean monks believed that the traditions they received from foreign countries were internally inconsistent. To address this, they developed a new holistic approach to Buddhism. This approach is characteristic of virtually all major Korean thinkers, and has resulted in a distinct variation of Buddhism, which is called Tongbulgyo („interpenetrated Buddhism“), a form that sought to harmonize all disputes (a principle called hwajaeng 和諍) by Korean scholars. Korean Buddhist thinkers refined their predecessors‘ ideas into a distinct form. END_OF_DOCUMENT_TOKEN_TO_BE_REPLACED

Hayden Chisholm, our musician, with the fantastic Portuguese Fado singer and guitarist Lula Pena. Namoro / Troca de Olhares from a recording in Köln three years ago.

Could this kind of music be possibly part of the soundtrack for our movie?

By the way: both are playing this Saturday, 29th November from 21:00, in the Roter Salon of Volksbuehne in Berlin, while presenting a documentary about German Folk music, Sound of Heimat, a 2013 movie with Hayden as the traveling and exploring protagonist through Germany’s variegate musical scenes. And again by the way: contribute  to our project with 250 € (or more) and two of you will be our special guests on Saturday during the evening with Lula and Hayden.

Information about the concert Saturday

Information about the movie Sound of Heimat