“Don´t know – A Tribute to Zen Master Wu Bong” now has an official trailer. Here you can also get sense of the kind of music we´re using.

For more info on the musicians:

It is true: in 2015 we will produce the film dedicated to Zen Master Wu Bong. We wish to warmly thank all who variously supported us, financially, spreading the voice, sharing materials or giving suggestions.

Here’s what happens next. We will take some more weeks to conclude the fundraising process, which includes continuing exploring the possibility of having official sponsors (like cultural institutions, airlines etc.) or co-producers (tv channels). This will terminate by February the 15th, at that point we will have a clearer idea of the budget we can count on and therefore of the kind of film we can afford. For now, thanks to all the 53 people from 14 countries who contributed, we’ve ensured the simple version of the film can be made: which doesn’t mean we’re going to give up our aspiration to make an aesthetically distinguished movie, able to speak to various audiences – both close to the Kwan Um School of Zen and not. We’ve already started to work on this, thinking of possible original solutions. More on this soon.

Beside the official fundraising, there is still a possibility to contribute individually: in the next couple of days we’re going to set up a link to our paypal account on our website www.dontknowfilm.com/ and of course you can make a direct transaction (please write to us for the IBAN: chiara.somajni@gmail.com, donderof@gmail.com.) If you think you have any friend who might be interested in supporting us and hasn’t done so yet, please share. Of course every contributor will be entitled to our perks. Please be patient – you’ll receive them as soon as the movie is ready.

Our warmest wishes for a bright new year,

Dear friends, in the last two months we were posting small thoughts by Zen Master Wu Bong and also reported about the development of our Indiegogo campaign to raise funds in order to produce a  documentary movie about his person, his teachings and about the Kwan Um School of Zen. Today, in less then 18 hours from now, our campaign on Indiegogo will end (you have still the chance to help us!), so we would like to thank everybody who supported, liked or shared our project!  In the next months we will continue to update the process of making Don’t know – A Tribute to Zen Master Wu Bong on www.dontknowfilm.com and also on our facebook page, so stay tuned!

In the Dharma, Fabio and Chiara 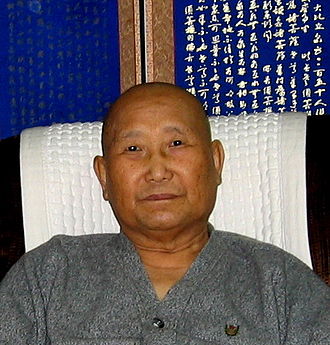 Seung Sahn Haeng Won Dae Soen-sa (Korean: 숭산행원대선사, Hanja: 崇山行願大禪師) (August 1, 1927 – November 30, 2004), born Duk-In Lee, was a South Korean Jogye Seon master and founder of the international Kwan Um School of Zen—the largest (Western Based) Zen institution present in the western hemisphere . He was the seventy-eighth Patriarch in his lineage. As one of the early Korean Zen masters to settle in the United States, he opened many temples and practice groups across the globe. He was known for his charismatic style and direct presentation of Zen, which was well tailored for the Western audience. Known by students for his many correspondences with them through letters, his utilization of Dharma combat, and expressions such as „only don’t know“ or „only go straight“ in teachings, he was conferred the honorific title of Dae Jong Sa in June 2004 by the Jogye order for a lifetime of achievements. Considered the highest honor to have bestowed upon one in the order, the title translates to mean Great Lineage Master and was bestowed for his establishment of the World Wide Kwan Um School of Zen. He died in November that year at Hwa Gae Sah in Seoul, South Korea, at age 77. END_OF_DOCUMENT_TOKEN_TO_BE_REPLACED 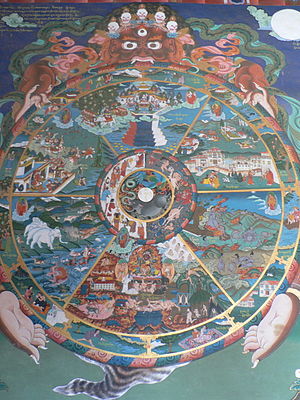 Until now 45 people around the world are supporting us in realizing Don’t know – A Tribute to Zen Master Wu Bong and more than 10.000 € were collected.
We are very pleased and honored about this and feel the responsibility.

The project was born some years ago and become -unfortunately- even more important when Zen Master Wu Bong died last year in Paris.
The voice and the teachings of a humble, simple, sharp and enlightened person who went through the history of the dissemination of Buddhism in the Western Hemisphere – from South Korea, USA to Poland. A story and a subject, a movie with deep insights in the person, the wonder and the teachings of the Kwan Um School of Zen. 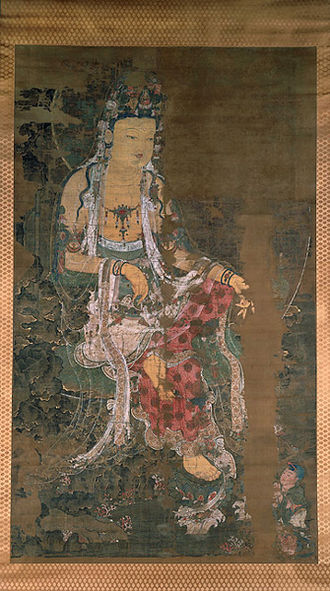 The decision to produce a documentary movie about Jacob Perl follows the wish to remember and to bring to a broader attention a great person and a great Buddhist teacher. This project is far from being commercial, and unfortunately producing a movie with high standards of contents and aesthetics needs a lot of time and has significant financial costs. To somebody our estimated costs may appear quite high: some of these we can’t influence (travelling, technical stuff or processes, etc), others, like our honorary, we kept from the very beginning as low as possible. The money is meant to cover the musician’s composing and playing the soundtrack and the work of two people full time for research, dramaturgy, shooting, recording, raw cutting, fine cutting, marketing – which makes about six months work just for the smallest version: taking away all unavoidable costs for audio and colour correction, hard disks and other facilities, our honorary should simply allow us to cover the very basic needs of our lives in order to work intensively, fast, without distractions on the project.

Furthermore we decided to work out different versions of the movie, each in a different price range, including traveling and further shooting. We wanted to harmonize our choice with the actual interest in the movie expressed by others, and align it to the money we raised through our fundraising campaign.

With 11,000 € we will concentrate mostly on the existing material and produce a 45 minutes format using Zen Master Wu Bong’s words, images from the city and the Berlin Sangha, possibly a dramaturgic counterpart (perhaps a voice-over or music, that has to be experimented,  in the process of doing).

With up to 69,000 €, passing through intermediate versions and different countries, we could extend our research, start to travel to the places that have been relevant in Zen Master Wu Bong’s life and collect memories from people who knew him. This would allow us to go deeper in his biography, which is extremely interesting itself: a man of Jewish origin born in Poland, emigrated in Soviet times to the USA and fascinated by oriental philosophies, finally finding himself as the 79th Patriarch of a Korean Buddhist lineage. This more expensive movie would be at the same the story of Zen Master Seung Sahn, the Kwan Um School of Zen and the spreading of Buddhism in the Western hemisphere.

Obviously, the more we get, the more we can offer. In any case, any solution will be realized with our greatest efforts. At the moment we have over 40 supporters and have collected almost 10.000 € – greatest thanks for our supporters! Our campaign is running on Indiegogo until December 14th. It would be nice if you could also believe in this ambitious project and help us realizing it. We think it’s worthy and we think it’s important.